Want to watch this again later?

Sign in to add this video to a playlist. Login
Report 0 0

Sign in now!
Category:
News
Description:
Dave Rubin of “The Rubin Report” talks to the CEO of Truth Social Devin Nunes about why the January 6 committee can’t be trusted, the big tech backlash against social media, how Truth Social is fighting censorship in social media, and the dangers of social media algorithms and Tik Tok on Gen Z. First, Devin discusses the claims Democrats are making concerning January 6 and right wing violence. Devin points out some questions that Democrats like Nancy Pelosi seem unwilling to answer. He also explains why voters should be skeptical of any narratives from the same people who pushed the Russia collusion hoax to frame Donald Trump. Next, Devin discusses how his problems with big tech censorship, and Twitter shadow bans led him to look for a big tech alternative. He discusses how Dan Bongino helped get him onto YouTube and how social media censorship led him to Rumble. He also explains how he got involved with Donald Trump’s Truth Social and how they are planning to take on the tech giants. Finally, Devin explains the dangers of the liberal social media algorithms and echo chambers and how Truth Social avoids algorithms to manipulate its users. He also discusses why it’s especially dangerous that Gen Z and America’s youth are so hooked on Tik Tok and Instagram and how Truth Social can create a true social online experience.
0:00 Intro
1:18 Why California's Electoral System Is Shady
10:52 Did The FBI Organize The Jan. 6th Riot?
21:04 How Devin Nunes Became Involved In Social Media
30:02 What Makes Truth Social Great
36:29 Will Trump Go Back To Twitter?
Is the state of US news driving you crazy? Does the coverage of political news rarely seem “fair and balanced”? Serious discussions on US politics is vital to having a healthy democracy. No matter what political party you belong to, we need to be able to hear a variety of political perspectives. Whether you majored in political science or just want to have a deeper understanding of the issues you’ll want to check out thi..
You must login to be able to comment on videos
Reply 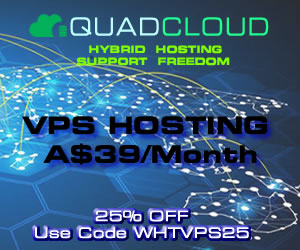 0:01:53
Davos Elites Warn "Painful Global Transition" Should Not Be Resisted By Nation-States
12